*NOTE: As of March 2019 you must follow the steps here to install a separate MightyText phone app to restore messages from MightyText to your phone.*

First, open the Restore Messages from MightyText app on your phone. 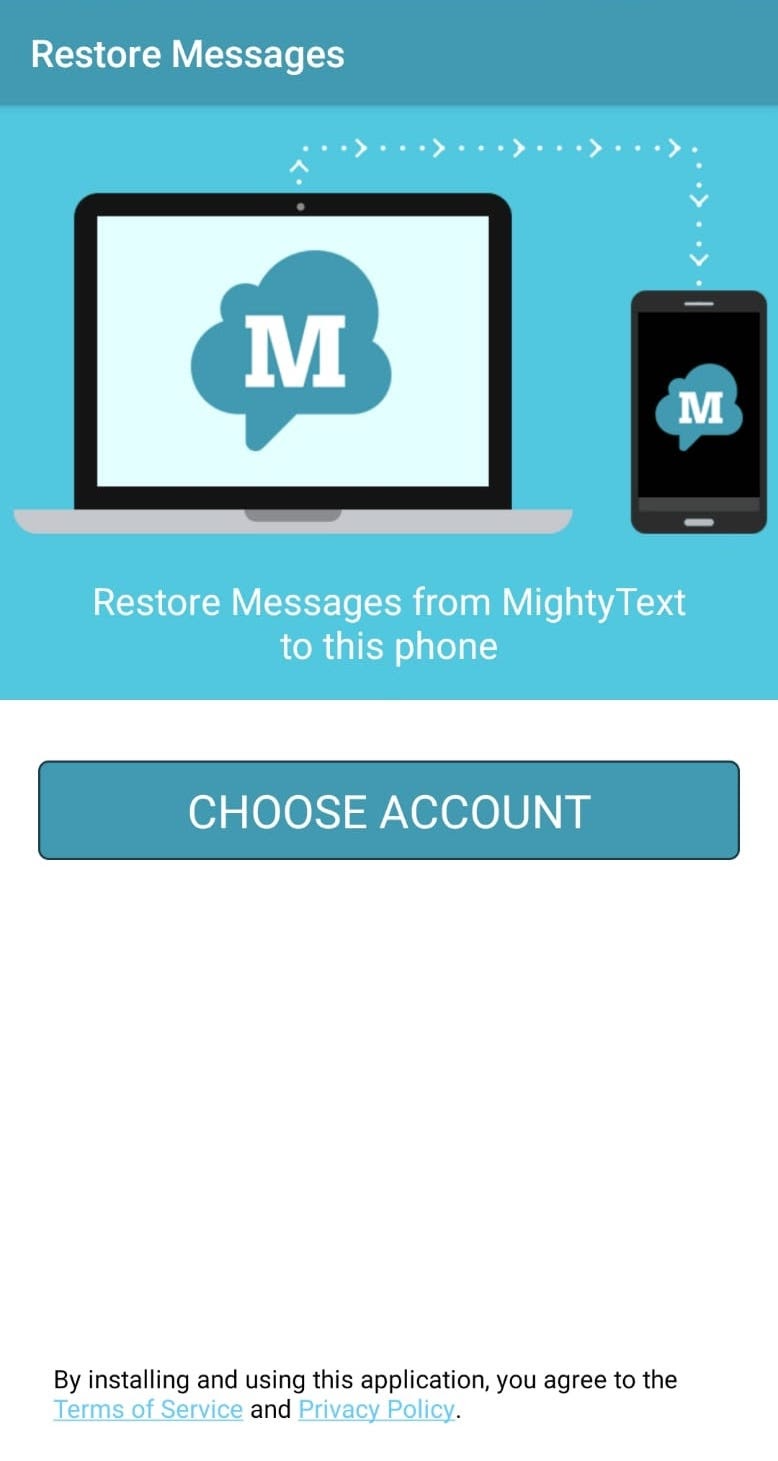 Next, follow the steps on the screen to unlink your Google account in the main MightyText phone application.

* NOTE: Not doing so may cause duplicate messages to appear in your MightyText account. * 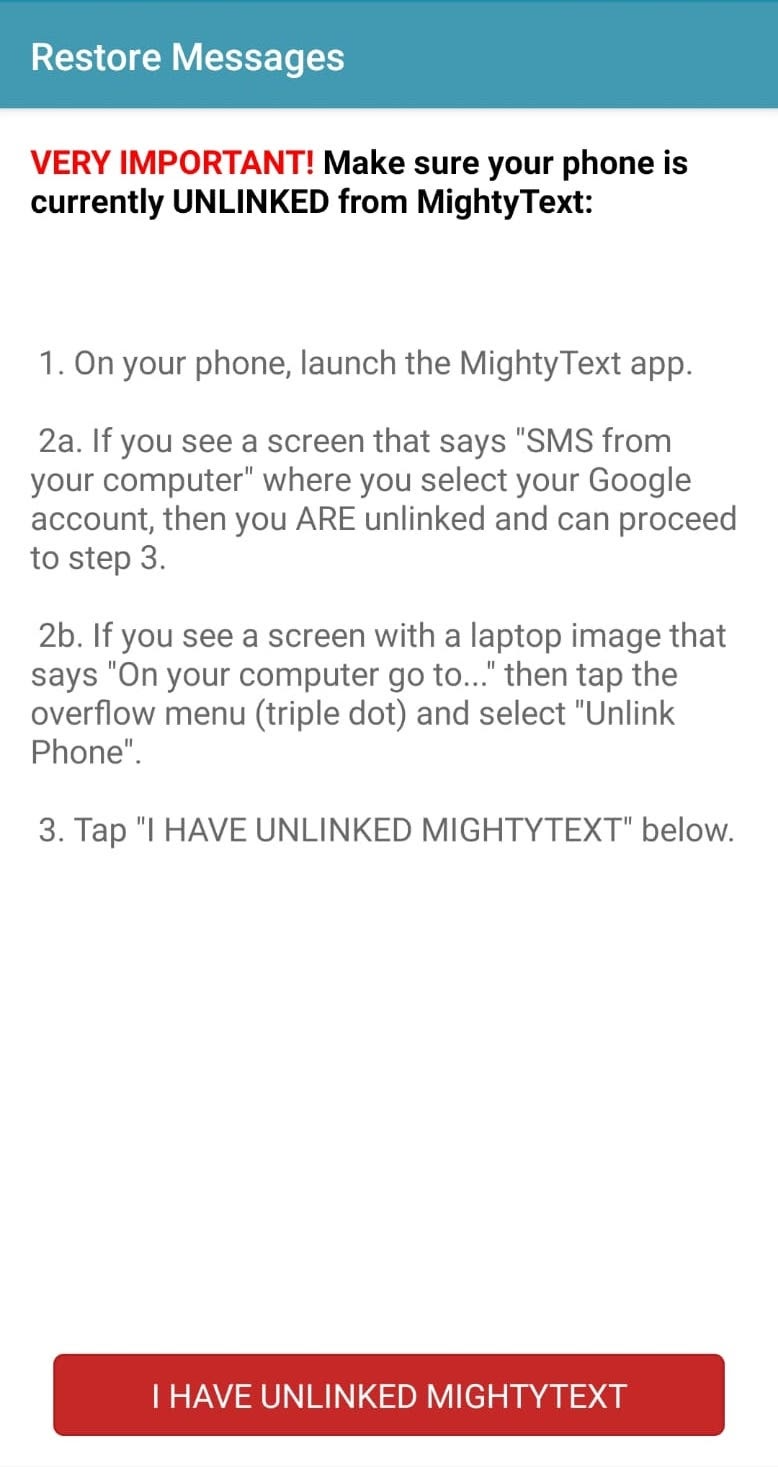 Next, tap Restore Messages and choose how many messages you’d like to restore. 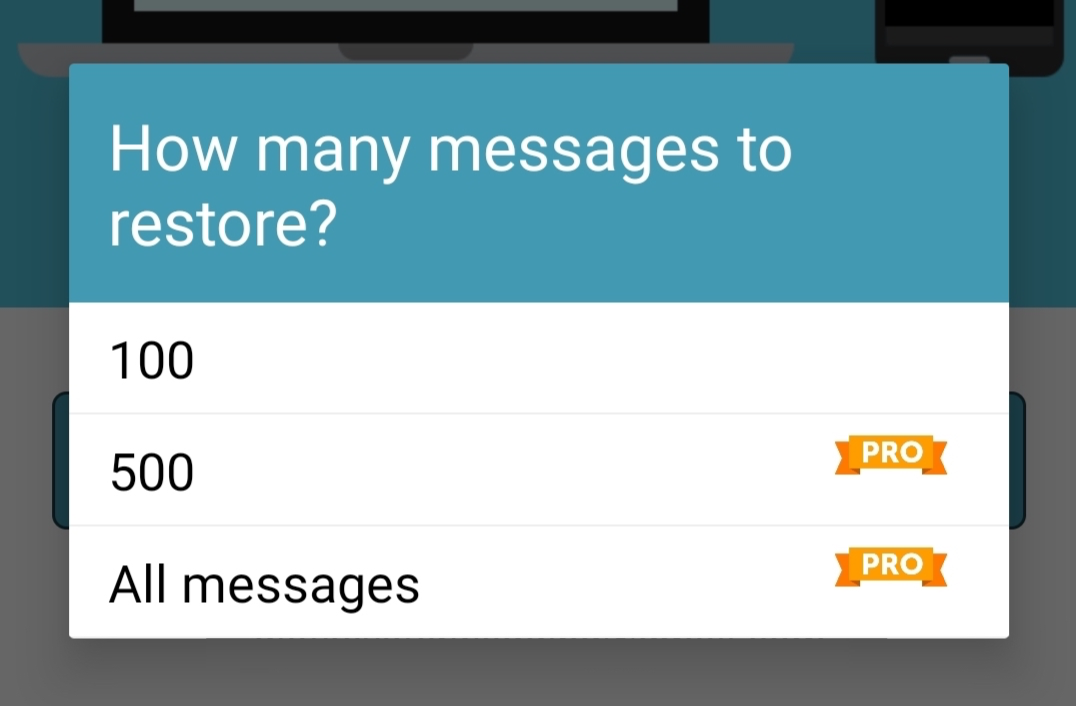 If you’re running Android 5.0 or higher: Follow the prompts to change your default messaging app to MightyText (temporarily) and then messages will start restoring from MightyText to your phone. 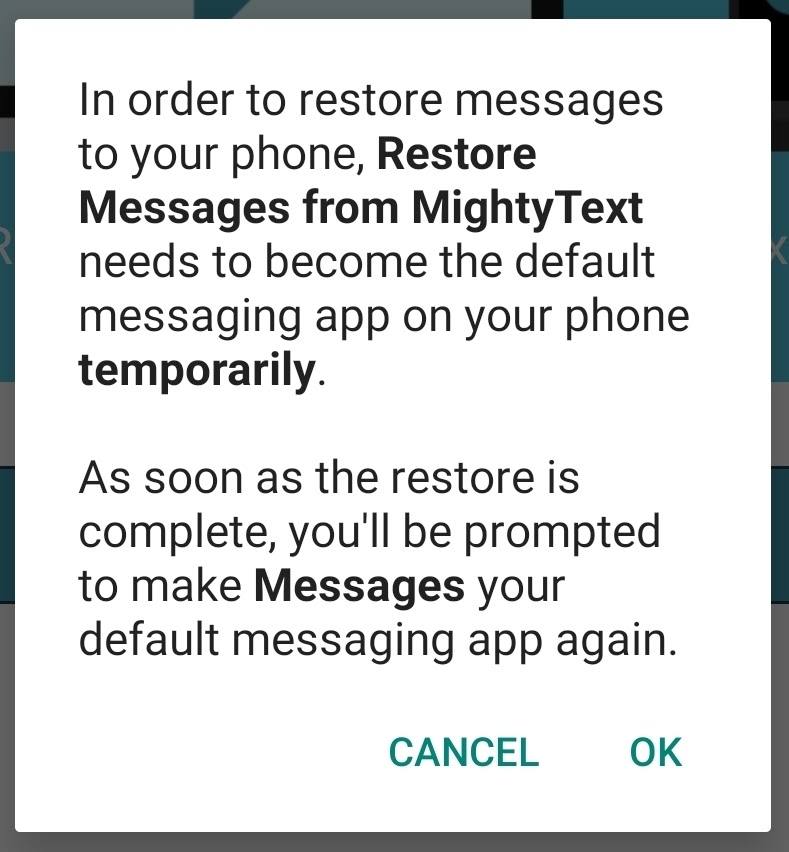 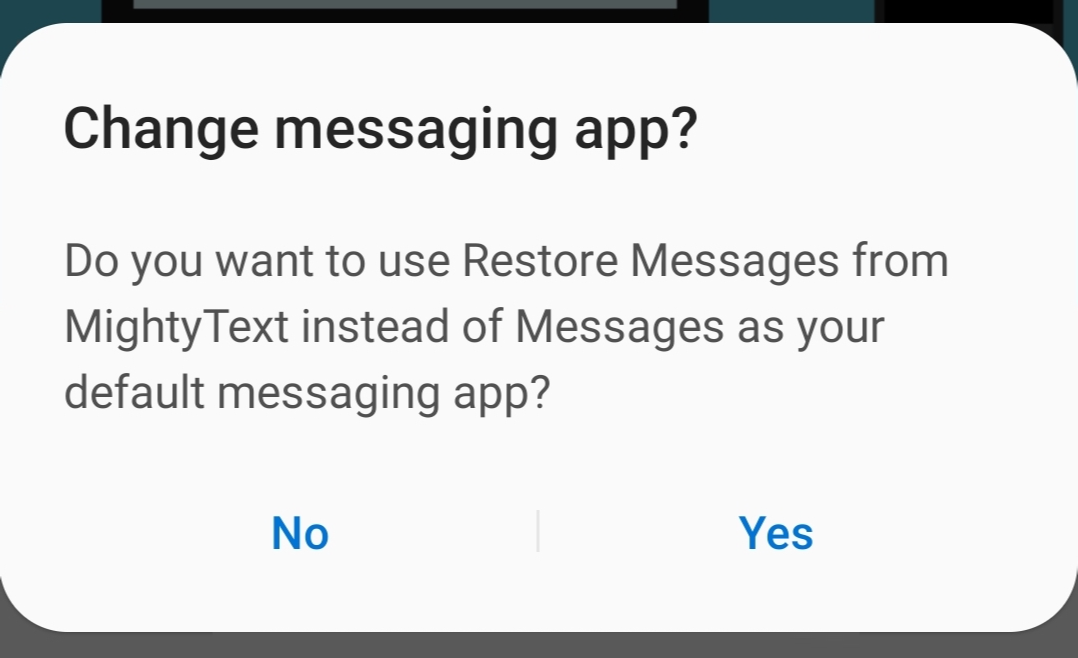 Once complete, you should see the number of messages restored. 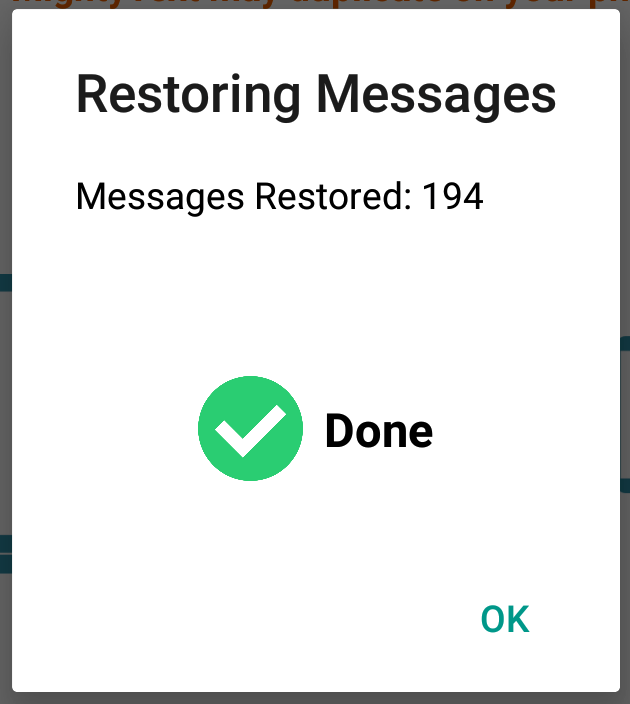 Tap OK, and you’ll be prompted to change your default SMS app back again. 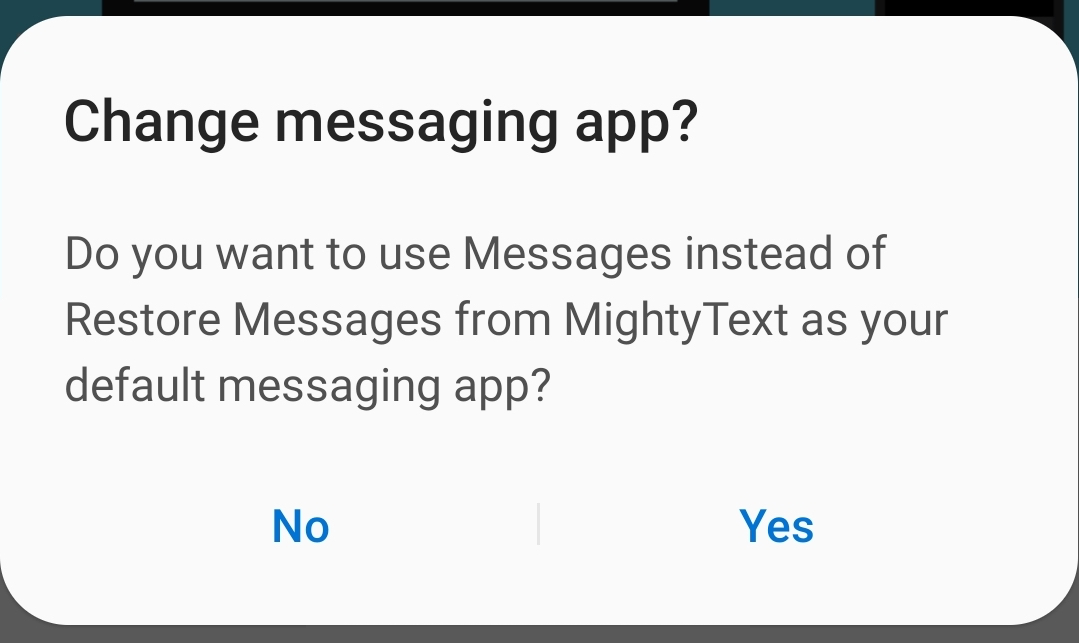 Finally, launch the main MightyText application on your phone and re-link your account. 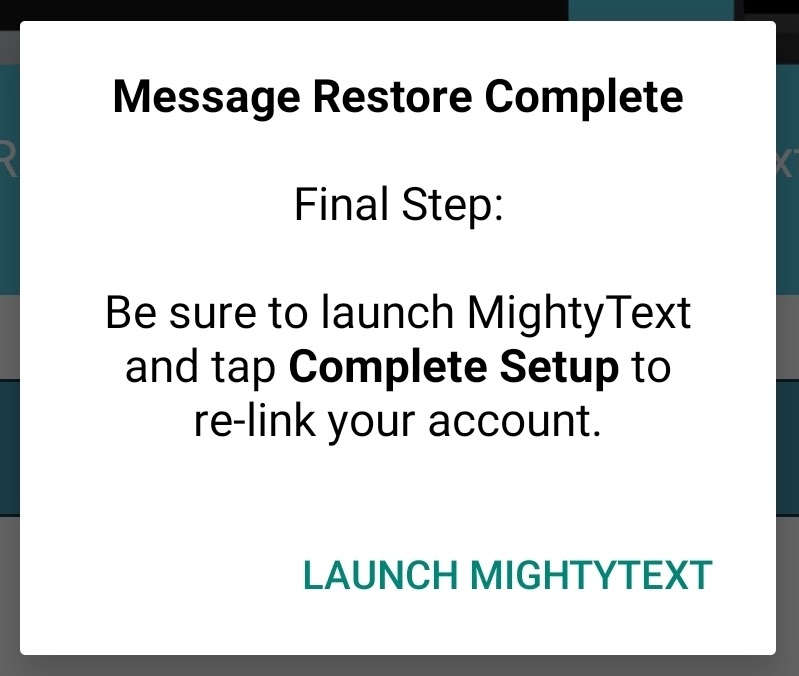 Note: if you have messages on your phone which were previously synced to MightyText, those messages may duplicate.

Did you find it helpful? Yes No

Send feedback
Sorry we couldn't be helpful. Help us improve this article with your feedback.